Your basket is empty

What are LED Drivers?

So you know that LED lamps are the future of the industry, but do you know about the control gear that runs them? Well now is the time to find out.

Yes we all know about LED lamps and the benefits they bring, from the increases in efficiency and all the energy-saving that brings, to the lack of heat given off making them safer and one of the biggest appeals, their ridiculously long lifespans. What most people don’t know is that there is one key component that all LEDs require - a Driver. Just like a car, if you haven’t got one of these you aren’t getting anywhere…well unless you’ve got a Tesla I suppose. 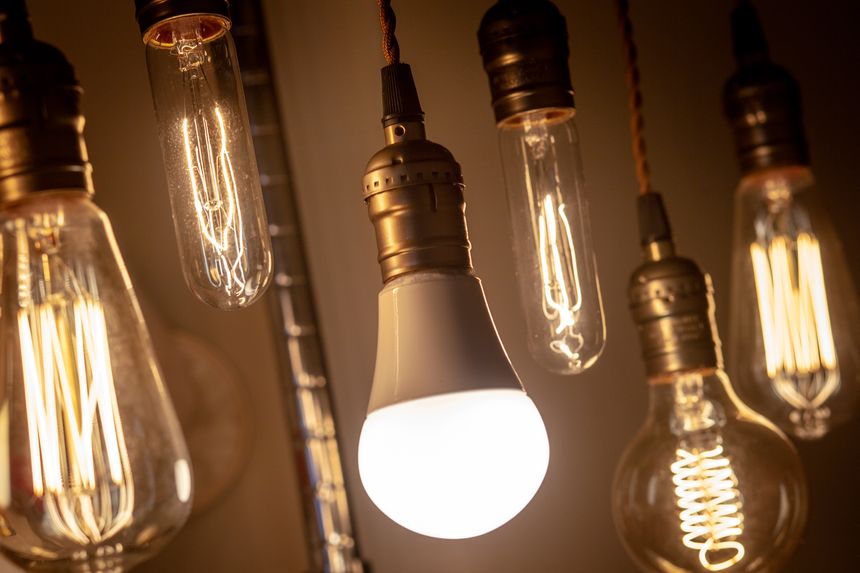 LED drivers are essentially the power supply for LED lighting, they ‘drive’ the lamps. What they are actually doing is taking the standard AC input from the mains and converting it into a DC output. LEDs are unique in that they require and only accept DC inputs to run. Typically our mains voltage is around 240v and LEDs run on a much lower voltage, so the LED drivers will make sure that the voltage amount is correct and regulate it so that it doesn’t damage the lamp.


Right you’re going on a job and it’s fitting some LED lamps, or you’ve had a customer come into the shop buying LEDs and you’re thinking, ‘what drivers are you going to need?’ Well, there are 2 main types of drivers to begin with, internal and external drivers. Don’t think about this in relation to weather or waterproofing, this is where the LED driver is actually located. 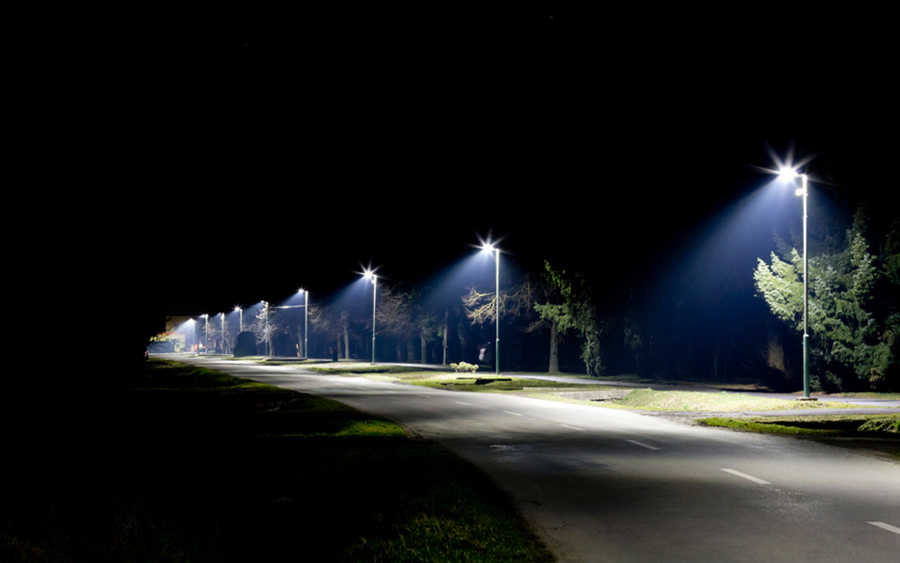 Now that we know that most of our smaller products will have an internal driver and therefore we don’t need to worry about selecting one, what about the external drivers for more powerful units? For external LED drivers there are really 2 main types, with a third also available but not as common. Constant-current and constant voltage drivers are the most common and AC LED driver less so. When you are swapping out an old driver you have to make sure that you are matching the input/output requirements as closely as possible.

This type of driver powers LEDs that require a fixed output current but a range of output voltages. Therefore this means 1 specified out current registered in amps or milliamps and then the range of possible voltage outputs which will vary depending on the load. 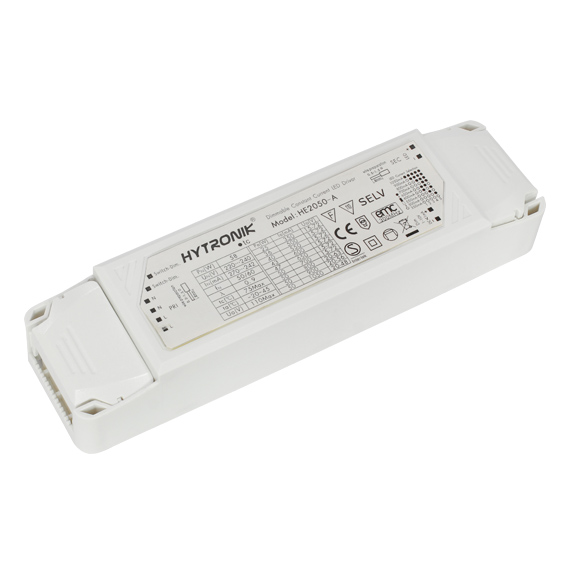 These drivers are for when you are running LEDs with a set output voltage and a maximum output current. These LEDs will have some sort of fixing, either simple resistors or an internal constant-current driver that will regulate the current within itself, therefore they just require the driver to deliver a constant stable voltage. Most times this will be 12v or 24v. 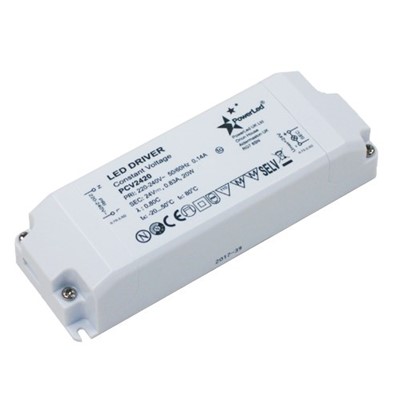 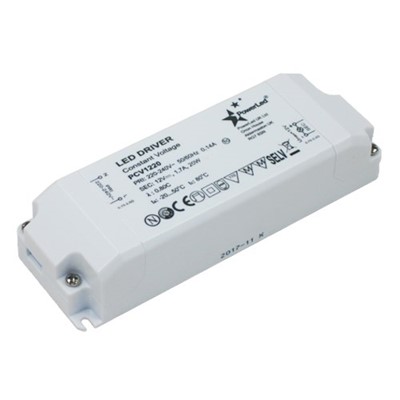 Techinically speaking these are similar to your traditional no-minimum load transformers, except for the fact the conventional transformers are in-capable of registering LEDs. This is because LEDs draw such a small electrical load that normal transformers wouldn’t recognise it as a bulb at all. Usually you will be using an AC LED Driver in conjunction with a bulb that contains an internal driver that already converts the AC current to DC current so the AC LED Driver is really there to step down the voltage to match the bulb’s requirement, mostly around the 12-24v range. However, this comes with the fact you must carefully study the LED bulb datasheet, as these will not work with LED bulbs that require a DC voltage input.


What else do we consider before choosing an LED driver?


Wattage - All LEDs should be paired with a dirver, either internal or external that leaves a 20% buffer of their maximum rated wattage. This is backed by the NEC (National Electrical Code), so drivers should never be matched with LEDs that are at the limit or exceed the limit of the driver’s rated max. The idea is to reduce the stress on the driver. For example, if you have a driver that can operate a maximum of 96 watts, it should only operate LEDs that use 77 watts at most (96 x 0.8 = 76.8).


Dimming - LED drivers, just like LED lamps are available in dimming options, however, you must make sure both units specify that they are definitely dimmable. If a datasheet doesn’t mention dimming, then always assume it is not dimmable to be safe. Dimmable drivers will usually require external dimmers and the type tends to be mentioned on the datasheet.


IP Rating - Always something to consider, especially when working outdoors is the Ingress Protection Rating (IP) of a product. This is exactly the same rating you are used to with other products. IP66 or IP67 is the most common as they are dust proof and will withstand a reasonable downpour.


Size - You always have to consider the size of the driver. There’s no point in getting a massive driver if it’s not going to fit where you need it to, likewise if the largest smallest driver you can get won’t fit where you need it to then you’re gonna have to start running remote lines which adds to the work. So always double check your specs before you start.


The number of LEDs - This is important as just like traditional ballasts most drivers will specify, either on them or within their datasheet to how many units they can run. Always worth checking, however, if you are stuck a general rule of thumb is to divide the minimHowever, um output voltage of the driver by the voltage of the LEDs you are using. However, as above, try not to go over 80% of the drivers capacity.

If you find that your LED lamp has died, long before its stated lifetime, then the chances are it is actually the driver that has failed. This tends to happen more with external drivers due to them running higher powered fixtures and the temperature within the driver becomes very high and overtime will burn it out. There is a sort of gel inside them that evaporates away with the high temperatures over time and this is what causes them to stop working.


Usually, this means you should try replacing the driver before discounting the LED unit as it may still have plenty of years to give. To help limit this most drivers will have a small label on them marked with ‘TC’, this denotes the hottest point of the driver and you will usually be able to find the max operating temperature for the driver either marked on it, or within the datasheet. The longer the driver is run close to this operating temp then the lower the lifespan will be.


If you need to test your LED driver there are 3 main ways of doing so.

The questions we set out to quickly answer was, what are LED drivers and how do I pick the right LED driver? In short, LED drivers are what allow LED lamps to run and in most small use cases, e.g. bulbs, the driver is included (internal). For larger cases, e.g. sports lighting, a separate driver is required (external) and there are a few factors that need to be considered, as we have listed above.


So that is really the basics of LED drivers, there is a ton more to go into, but for the vast majority of users, this quick guide should make it simple and easy for anyone to understand.


If you do find yourself with more questions, please don’t hesitate to pick up the phone or drop us an email and our sales team are happy to help!